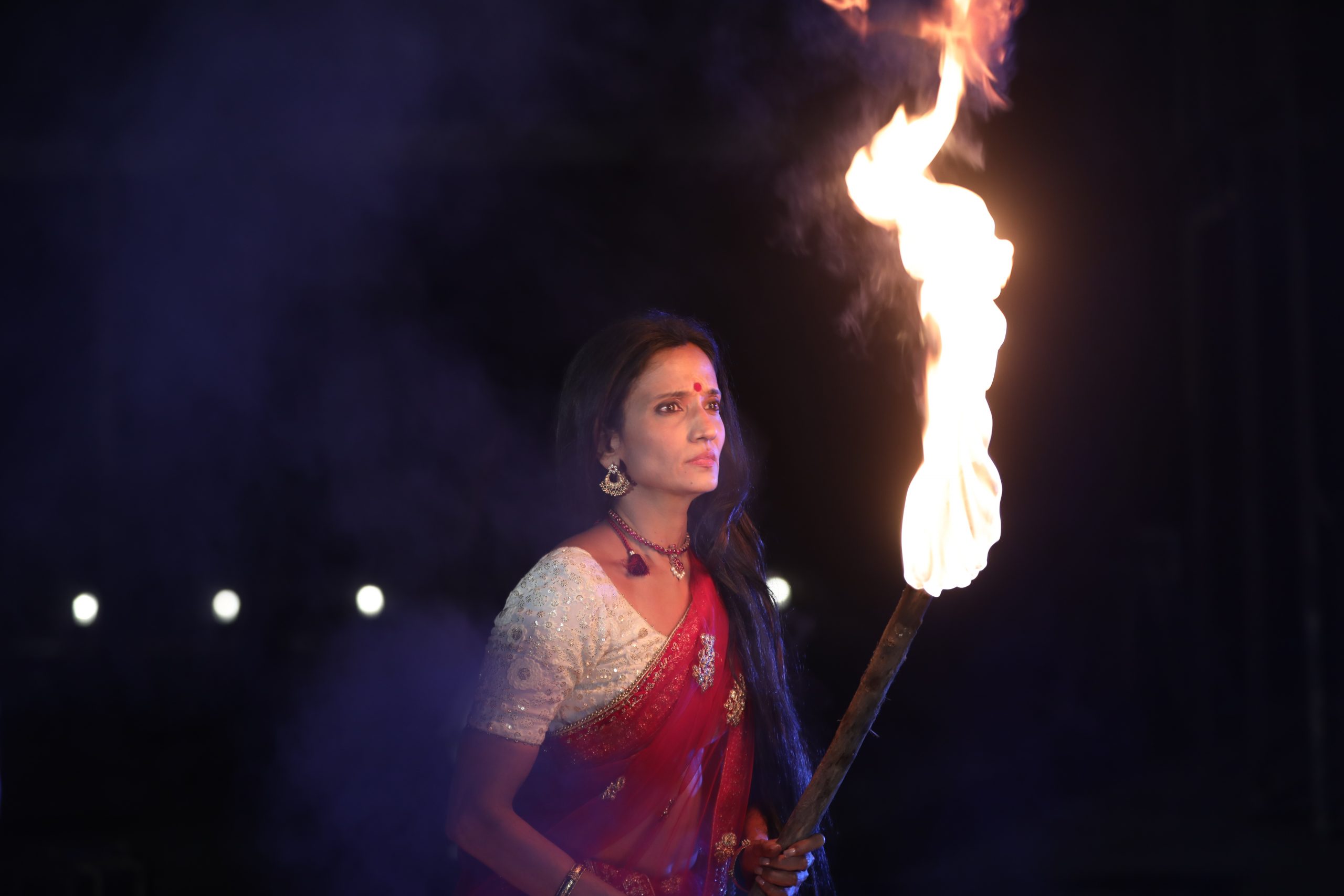 ‘Colors’ is a trilogy of short films created by AK Srikanth (the Writer and Director), and performed by Savitha Sastry. ‘Colors’ refers to the three colours of the Indian national flag, and the trilogy is a series that juxtaposes the life of a woman today, with the visions that our founding fathers had when India got its independence. The first part of the trilogy – ‘Green’ released in Sep 2020, while the second in the series – ‘White’ released in Apr 2021.

Saffron in the national flag stands for courage. ‘Colors: Saffron’ the dance film is set in a dystopian hell where women who have transgressed against the order of society by proving themselves more successful than men, are wiped clean of their memory, and sent to live in a ‘Cell’ for the rest of their natural lives in atonement for their ‘grave sins’ they do not remember.

This dance film looks at the enormity of this crime against women through the eyes of a protagonist, who starts to get visions of her erased past. Her defiance and courage against the system can never be in vain, as it takes just one thought to spark a revolution.

This narrative could be watched as is, or interpreted to be a representation of how a woman is subjugated by her family and society for the crime of being more successful than her man. With no voiceovers, narratives or dialogs, the film is an intense and hard hitting conclusion to the Colors trilogy.

The film is choreographed and performed by Savitha Sastry – a performance that is unforgettable, hard-hitting and technically flawless. Director and Writer AK Srikanth is in his elements with the intensity he is most famous for, while the background score by Abhay Nayampally, the camera work by Suhas Jay, and the production support by Varsha Raviprakasha weave their magic to catapult the narrative to new heights.