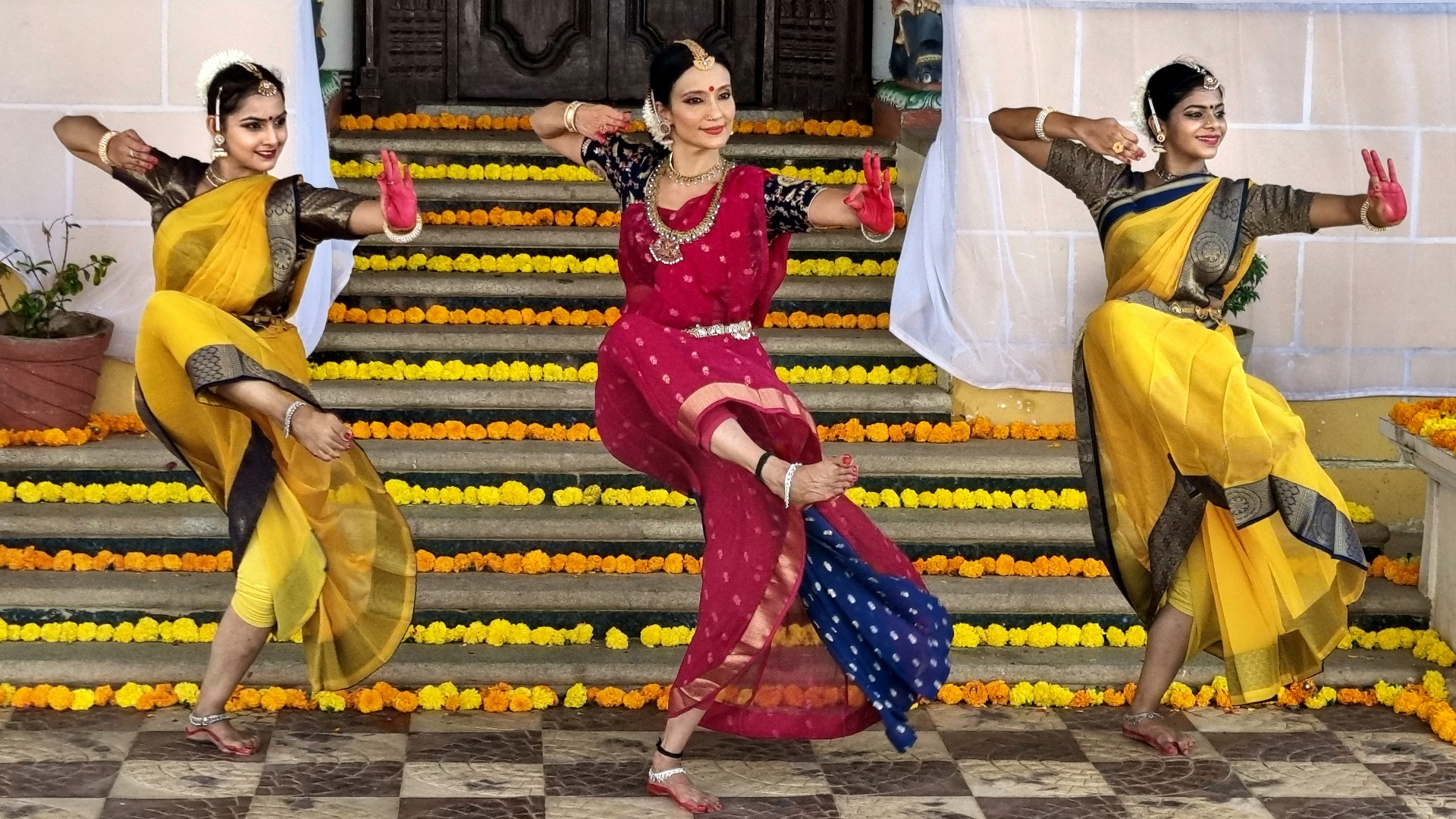 ‘Colors’ is a trilogy of short films created by AK Srikanth (the Writer and Director), and performed by Savitha Sastry. ‘Colors’ refers to the three colors of the Indian national flag, and the trilogy is a series that juxtaposes the life of a woman today, with the visions that our founding fathers had when India got its independence. The first part of the trilogy – ‘Green’ released in Sep 2020, while the second in the series – ‘White’ releases in Apr 2021.

The color white in the Indian national flag stands for peace and truth. ‘Colors: White’ the dance film is an examination of a woman who dares to stand true to her beliefs, and pursues it despite the varied reactions around her. In doing so, she finally finds her peace. The story is a poetic representation of Savitha’s own life, of how she broke loose from the rigid confines of traditional Bharatanatyam, and found her own path – that of completely changing the narrative structure of the content of Bharatanatyam performances without compromising on the technical aspects of the dance form. The narrative is applicable to one and all – the act of breaking the box and
stepping out, is one of courage, resilience and self-belief.

Colors: White is a dance film that feels like poetry is being enacted in celluloid. Choreographed and performed by the ‘Dancing Storyteller’ Savitha Sastry, the production showcases her exquisite prowess at Bharatanatyam like never before. Director and writer AK Srikanth, usually known for his hard hitting narratives, has here stepped off his usual path by composing a deeply poetic and gorgeously picturised film, moving deftly to weave an abstract narrative into classical dance and yet making it accessible to all.